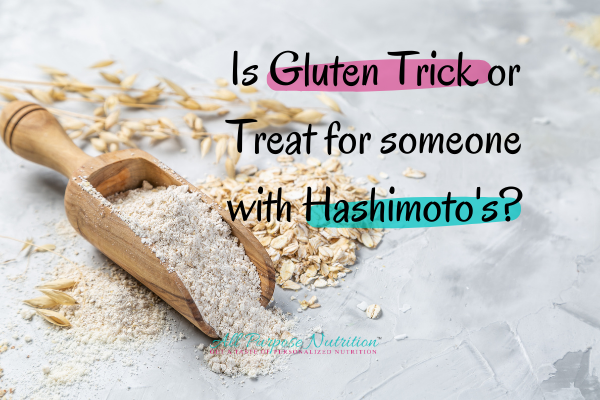 Have you been diagnosed with Rheumatoid Arthritis, Lupus, Hashimoto’s, Graves’ disease, or any other autoimmune condition? If you nodded or shouted out “yes!” it’s essential to know your diet directly affects the severity of your symptoms! I can say in complete confidence the one food that contributes to autoimmune diseases the most: it’s gluten. Numerous studies outline in this article show a strong Hashimoto’s and gluten connection.

Note: please be aware that the material presented in this blog is not meant to substitute professional medical advice. Before making any dietary changes, consult with your doctor and dietitian.

Content:
What Is Gluten?
What Do Studies Say?
How Does Gluten Affect You?
Gluten and Leaky Gut
Gluten And Inflammation
Gluten And Your Own Tissues
Is Healing Possible?
How To Become Gluten-Free?

Gluten is a specific protein found primarily in wheat and certain grains. Since the discovery of gluten in some of the most common foods, it’s hard NOT to stumble upon it nearly everywhere in our modern world. Food is only half of it; we have been using gluten in body products such as toothpaste, and that sneaky ingredient even finds its way into “gluten-free” foods through cross-contamination.

As you probably already know, modern-day gluten is not the same gluten your grandparents knew. Over the years, scientists have developed hybrid strains of wheat-containing new forms with which our bodies have little to no interaction. These researchers could also deaminate gluten, enabling it to dissolve into liquids and other products, including things like lunch meat and shampoos. Aside from gluten-based foods like pasta and bread made with wheat, meat replacements, pharmaceuticals, and nutritional supplements all have gluten in them. As a result, the gluten we are exposed to and consuming now is not the gluten our ancestors used to make breakfast.

When the gluten protein is modified, it creates difficulties with both gut health and your immune system. It’s the perfect recipe for the negative development and progression of inflammation in autoimmune diseases. Even if you have not been diagnosed with any autoimmune disorders, gluten consumption is still possibly harmful to your health — it has been linked with over 55 diseases.

What Do Studies Say?

Can you believe that about 30 million Americans are affected by Hashimoto’s thyroiditis, according to the American Association of Clinical Endocrinology (AACE)! (1)

At the present time, Hashimoto’s disease is not thought to be curable, but going gluten-free may lead to improvement in clinical symptoms. Don’t we all want this?

Some of the best advice I can give is if you have any autoimmune diseases or any inflammatory conditions, for that matter, you should consider going gluten-free. Here are the top three most important reasons why going gluten-free is essential to proper functioning health.

How Does Gluten Affect You?

If you are currently anywhere on the autoimmune spectrum, I hope you took this article into reflection and learned about gluten consumption’s highlights and consequences. Going gluten-free as soon as possible is your best solution to ease this condition. The light barriers around your gut will remain open, and maintaining a leaky gut, will continue to put you at high risk of chronic inflammation. I can’t express enough importance of a healthy gut and a gluten-free diet for any autoimmune diseases.

How To Become Gluten-Free?

Fantastic Studies to read upon:

Ready to Get Rid of Your Hypothyroid Symptoms?

Check out these resources that can help you. 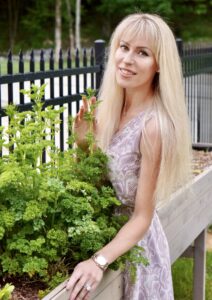 Welcome to All Purpose Nutrition. I'm Nataliia Sanzo, a registered dietitian nutritionist, Nashville Thyroid Expert®️, and a certified health and wellness coach. I am on a mission to help you live well with autoimmune disease. I’ve been helping people since 2015 address their thyroid disorders, gut and liver health, constipation, diarrhea, food sensitivities, and intolerances. Join me here and I’ll help you to understand the value of lifestyle interventions and functional nutrition in restoring health.
END_OF_DOCUMENT_TOKEN_TO_BE_REPLACED